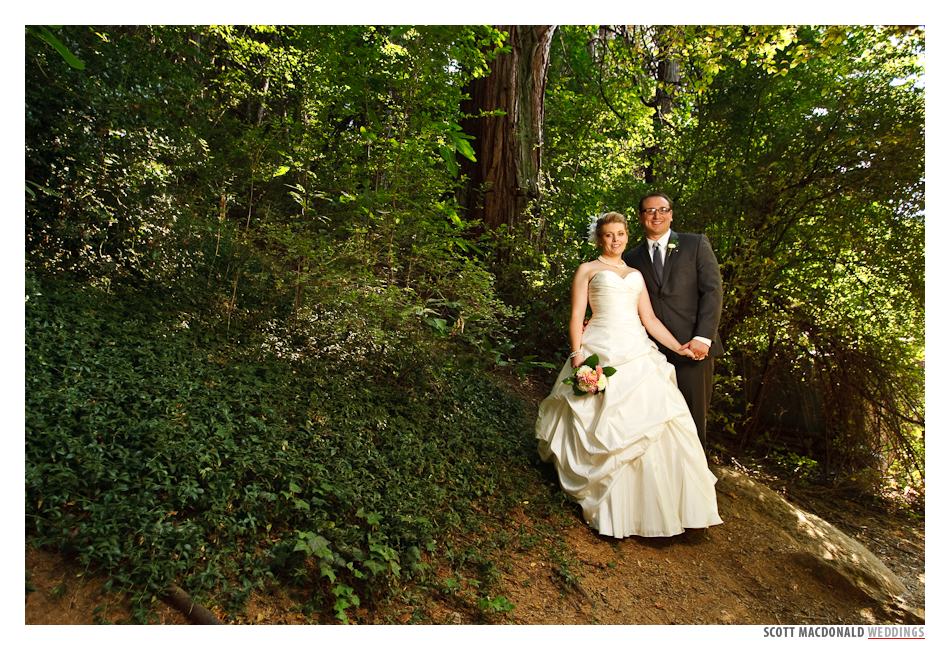 Amanda, Ryan and I are old friends. In a way, we met because of photography. Ryan was a graphic designer at the newspaper where I work. Sometimes we would collaborate on projects, using my photos and his design skills. Amanda also worked at the paper; that’s where the couple met. So it seemed fitting that photography would lead us to work together again, this time, me working as their wedding photographer.

The setting for their August 7 wedding was beautiful — The Stonehouse in Nevada City, California is a Gold Rush-era structure built in 1882 as a brewery. It’s now home to the Stonehouse Hospitality Academy, which trains young people to work in the restaurant industry. But I couldn’t tell that the staff of the Stonehouse were trainees, they were great and very attentive.

I showed up early to scout around and was struck by how many great backdrops there were within a few feet of the venue. The photo above, which looks like the couple is on a hike in their wedding duds, was actually shot about 12 feet from the parking lot.

Ryan and Amanda’s wedding was a family affair — a warm, intimate gathering of two groups of people now joined by the couple’s union. The whole thing felt casual and comfortable and welcoming — like working with old friends.

Here are some of my favorite photos from their day.